A few years ago, I first read Rebecca Solnit‘s chapter ‘Tangled Banks and Clear-Cut Examples’ (written in 2003) from her book ‘Storming the Gates of Paradise’ (2008), part of a section entitled ‘Women’s Place’.  It loops and connects the control of pubic hair on the female body with clear-felling and deforestation, and the aesthetic and technical production of photographic images of nature and women.

‘their rectangles recalled both Hitler’s moustache and topiary shrubbery from the age when yew and box were trimmed into Euclidean forms … it would be easy to connect [landing strips] to the helicopter logging and linear clear-cutting in the Sequoia National Forest, and to the geometricizing, rationalizing aesthetics of Versailles in that era when trees came in cubes, cones and spheres.’

Over just a few fine pages, Rebecca manages to put such perceptive connections and associations into orbit that I have returned to the brilliant chapter over and over.  She includes an extract of an earlier essay ‘Uplift and Separate’ which “used the aesthetics of the girlie calendar to illuminate the aesthetics of the nature calendar.”

‘The pinup girls and waterfalls in these [nature] calenders have some curious things in common, not least among them a highly defined aesthetic that narrows down the categories of Woman and Nature to some very specific subspecies and representational styles.  Both are usually portrayed in a kind of photography that calls attention not to its own status as representation, but to what is represented, and like much such ‘realism’ wishes to function as a transparent window onto what is supposed to be represented: the real.

Yet what one sees through these windows is a vision of perfection from which death, time, decay, action have been excluded as flaws.  Both are souped up, sleek, flawless, passive; in both the orthodox of beauty has produced a curious homogeneity of visual reference to pleasures that are not altogether visual. The chaos of thought and action has been replaced with a stale vision of delight, and the landscapes seem to loll alluringly in much the same way the women do.’

This illumination of connection twizzled me around and I questioned my own approach to image production, in ‘taking nature’ and framing body and landscape.  And also saw it around me in the world from then on. Rebecca Solnit goes on to explore the aesthetics of production:

‘Nature is clean, unpeopled, brightly lit, abundant and peculiarly tidy …. The world doesn’t tend to look like nature calendars. In fact, the beauty nature photography describes seems to be about technology …. a flawlessness that seems somehow machined…’

And at this point, I take a turn back to the earlier connection between clear-cutting and unwanted hair, and connect it to my ongoing personal enquiry into the horti-cultural passion for Box Hedging. And through a photographic journey featuring box, from Hampton Court (above) to a new build at Stanmore (below), taken during research for Rambles 4, Sheila Ghelani‘s ‘Rambles with Nature‘ project.

The curious and ubiquitous approach to the consumption, maintenance and display of box hedging in England reflects the obsessive control and shaping of growth.  Garden designers call it ‘structure’ when I ask them about it.  Garden owners arrange it neurotically around their property in fake urns. And maintenance gardeners make default installations around new housing builds as an essential part of a clean green surround. It’s everywhere this clipped, static and contained hedge. And to my knowledge, it does little or nothing to support other species.

And the obsession of women removing the hair that falls outside our culture’s aesthetic is also everywhere. Solnit continued:

And since Rebecca wrote that chapter, we’ve had the Hollywood. A clear-cut box.

I found this in the tube station corridor just last week …

In January, the Guardian published an article by Emer O’Toole declaring 2014 as ‘the year of the bush’, about Cameron Diaz encouraging growth and merkins on New York shop mannequins.  I was a teenage Jackie magazine reader in the 70s – I grew up with that very technical and clear-felled ‘superfluous hair’ phrase. I always had a sense of the complexity it created between body, sex, nature and culture, but it took Rebecca’s writing to provide illumination.

In referring to the Brazilian wax, Solnit writes:

‘this particular manipulation seems to reveal a squeamish desire for tidiness on the part of the waxers’ audience that’s interesting to find in pictures once thought of as dirty. Dirt recalls soil, fecundity, generation, life – and of course, its opposite, death and decay, along with the smudginess of contact.’

So perhaps in this turn back to growth, Box Hedging would also lose appeal and popularity.  I’ve been quite excited to see the cultural response to box blight which leaves bare brown patches.  It’s a fungal disease (rather appropriately for my looping connections), two fungi, Cylindrocladium buxicola and Volutella buxi.  Gardeners write of the ‘horror’ of it, with posts full of angst pleading ‘Is there a Cure?’ (No!) There are salves in the form of ‘Topbuxus’ blight treatment and articles in the Telegraph such as ‘Why box blight isn’t the end of your hedge’ by Bunny Guinness. Maybe the two fungi uniting is an uprising by wilder forces to the endless clipping.

Here’s an aside: I love the collections of images generated by Google images:

The tangle, the soil, the growth, the image.

My friend Lisa and I were talking to some kids in the early 90s in a Primary School as part of a Somerset Wildlife Trust project about wildlife and humans impacting on each other, ‘Danger in the Wildwood’ (!!)  One boy looked up and said clearly and certainly: “Adults don’t like nature because it’s untidy”.

We recall it frequently, and I’ve often wanted to include it in a writing. 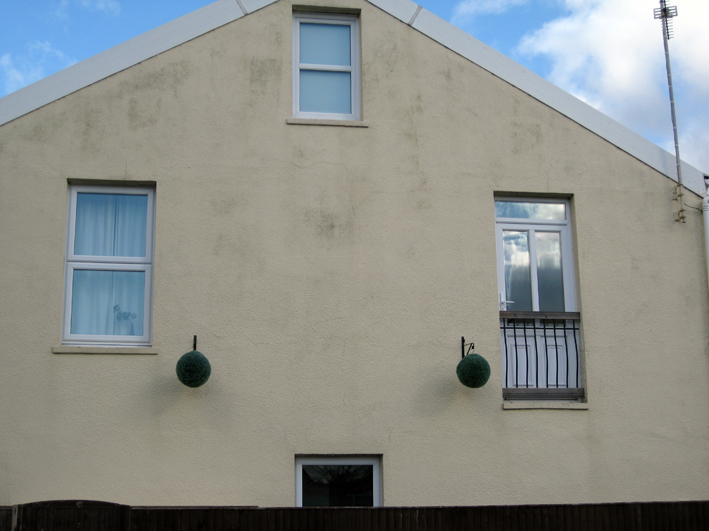