I recently took part in a Somerset Art Works project, Prospectus. Prospectus is a pilot project to create an alternative form of art school for the dispersed art community of Somerset. The project started with a small group of artists working in collaboration and sharing experiences, skills, thoughts and ideas. We spent a week at Huish Episcopi Academy art department, using their facilities while closed for the holidays. It was an intense and interesting time of making and talking.

Looking for something to take to the week long residency as a source for making, I picked up a postcard that I’ve always been interested in. It was sent to me by another artist, Katie Etheridge, after a project I’d helped her with.  And it was a card that she had chosen very astutely for me with elements that I tend towards – nature, horses, people and some kind of interesting ‘cultural context’. 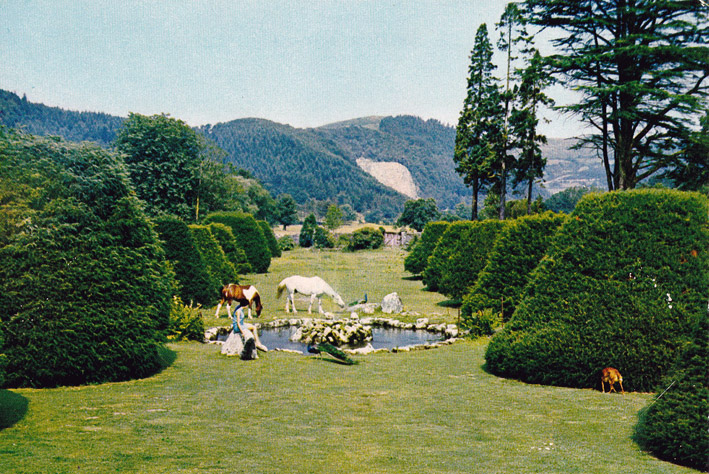 “Gwydir Castle, Llanrwst. A view from the door of the Banqueting Hall at Gwydir Castle, down the avenue of Yew trees, looking towards Coed-yr-Allt (The Wood on the Hillside).

It appears as your average tourist postcard (J. Arthur Dixon), yet the image is particular and peculiar: a central pool in a landscaped garden with formal hedges leading out to a ‘wilderness’, with a girl sitting on a rock stroking a dog at her heel, two ponies loose and wandering, two peacocks one near the girl, and to the right a deer with it’s head in a hedge in an awkward position.  It’s strange as a composition – other worldly, extra-ordinary, utopian? The more I look at it, the odder, the stranger and more dreamy it becomes. I’ve always like this postcard and kept it in places where I’ve looked at it often.

The postcard was one of three objects I took to the Prospectus residency – the other two objects were a bird nest partly made of human hair, a tide timetable. I wanted to make lots of things from one thing, and to see where that would take me.  I’m not a visual artist, as in I don’t make prints or 2D images for gallery or show contexts – any images are usually part of other projects, and often documentary. But I really wanted to use this week to explore visual work – to see what I could make, freed up from the definition of a project; learning, making, doing around other artists. And the presence of a colour photocopier was the start.

It took me a while to find a moment to work on it (too much talking, not enough making). First of all, in breaks and spare time, I just blew the image up and up (partly inspired by a response that artist Natalie Parsley had made to a task I had set on the Monday using the photocopier). I liked the blurring of lines, the burning out of colours, both the appearance and disappearance of detail, and being able to see the content further. 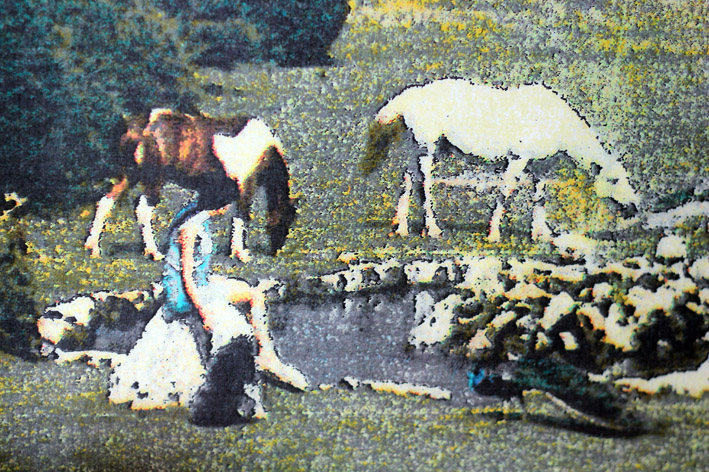 Artist Jenny Graham set us a task to respond to a piano roll – a continuous roll of paper with perforations (holes) punched into it for a pianola (automatic playing). The roll was fascinating and curious, and absorbing, and also very much of itself – a work by Grieg. So after a while of looking at it, I stuck a bit of it on the photocopier that said NORMAL and SOLO, and started image making, blowing it up, saturating. The girl cut out from the Welsh postcard utopia made some kind of pop art desert landscape – a different kind of dreaming.

In Lisa Cheung’s ‘Cyanotypes’ session, I focused on the deer, that deer with its head in the hedge, that odd awkward creature, cutting out its shape to see it, study it, and then doubling it by displacing the cut out. 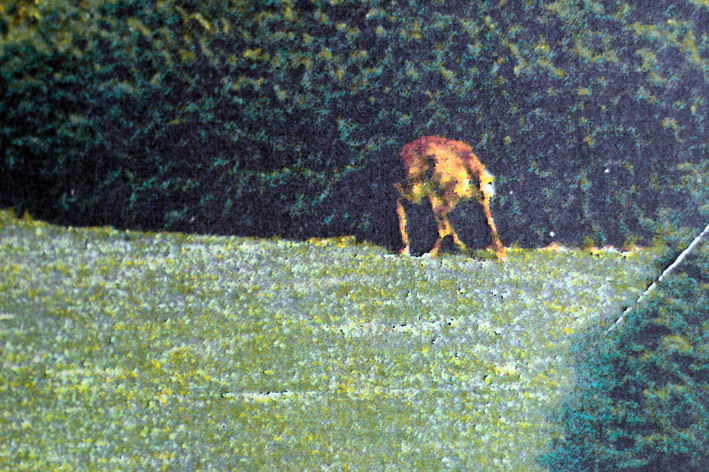 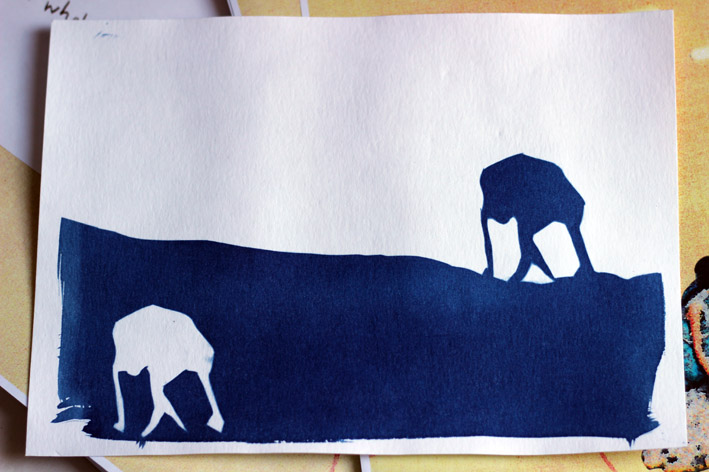 And on the last day, Jenny taught us to make paper lithographs, and I used the colour copies as source material to make prints. I could have gone on and on … 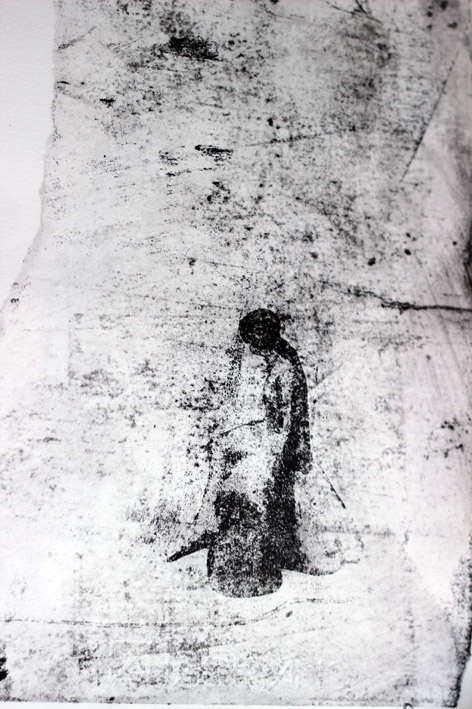 The exploration around and through this postcard has been a very good thing for me. I need this kind of immersion, with no set end point, with materials, with processes to treat and trial, to see what happens, and what can come about out of this image that I’ve been so interested in for so long, but never had a chance to do anything with.

This journey was what Prospectus was all about for me – further in, further in.