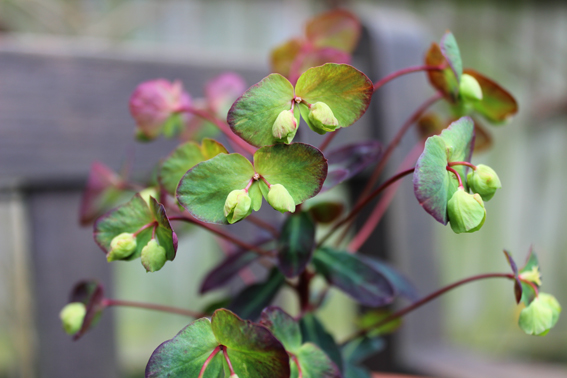 I’ve just started to make a ‘film’ about the wonderful garden nursery and plantswoman Mrs Patricia Marrow, who has run Kingsdon Nursery near Somerton in Somerset since forever.  I’ve always wanted to make something about her place as I’ve gone there regularly to buy extraordinary plants.  Mrs Marrow was 90 on March 20th 2014. 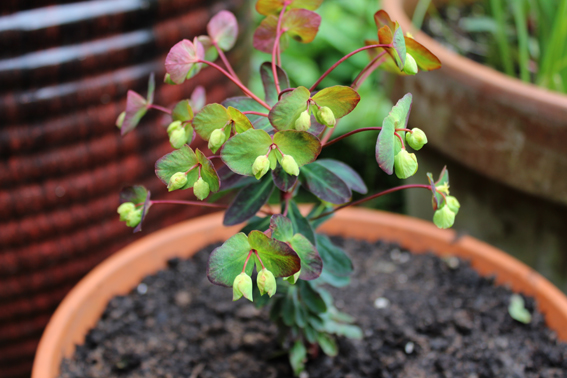 I’m going once a month or so for the year, to film the garden and nursery as it changes over the seasons, and talk with her about her life. 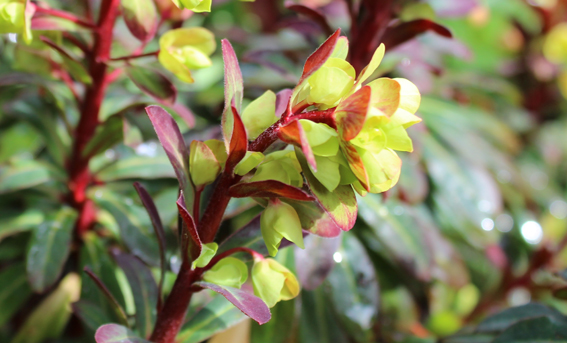 I made the decision following on from the ‘Flowers, where is the garden’ project, with Sandra Pope’s memory of finding ‘Patty’s Plum’ on Patricia’s compost heap and then naming the distinctive purple poppy after her, inviting me to make the connection to another garden close to my heart. 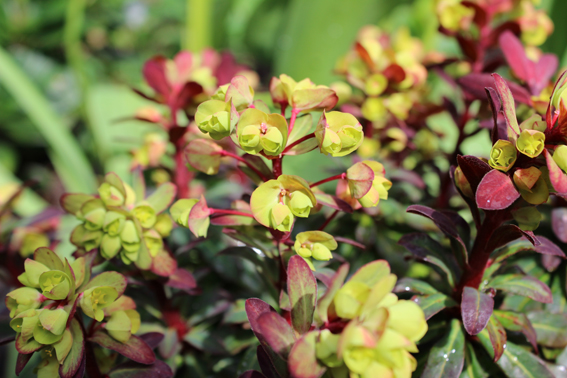 I went in March a couple of days before Mrs Marrow’s birthday, and I often do a bit of filming and then help Patricia. The dark Euphorbias were just emerging, and we spent time watering the pots in the poly tunnel. I was singing the praises of black and green flowers, when Patricia asked me “What’s your favourite flower?” and then immediately said “No, no, no, don’t even bother with that”, as if to say, where do you begin – an unnecessary game.

I bought a couple of Euphorbias from her – the wondrous dark ones – these two. 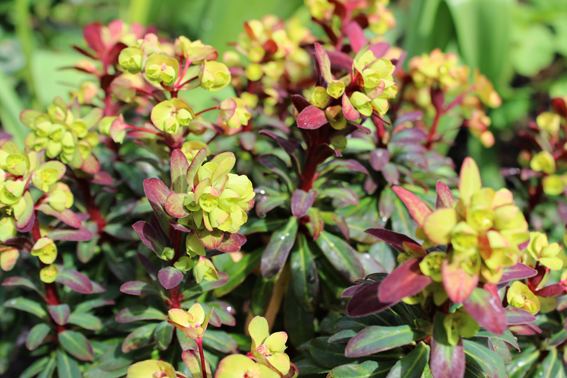 A couple of weeks back, I met my friend Jane at Tate Modern.  We are both interested in art and horticulture.  Jane was looking around the Paul Klee exhibition at the colours and patterns in connection to a planting design that was coming to her mind.

It was fascinating to think about that. And often, while I was there, Euphorbias kept coming to my mind. 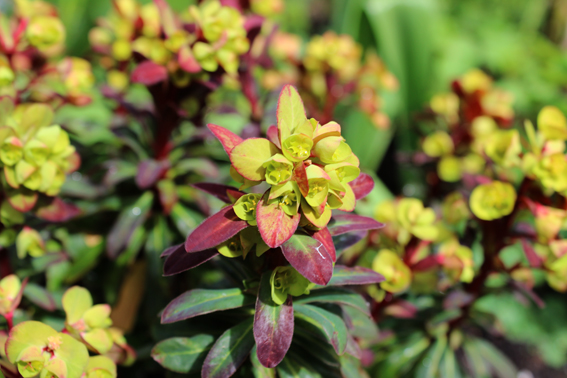 Good Luck with your planting design.