This is a very interesting project and photo series about animals moving into houses.  Finnish photographer Kai Fagerström’s new book The House in the Woods is about wild animals making themselves comfortable in abandoned houses in the woods of Finland. The photo series is set in cottages near Kai’s summer house, which were abandoned by their tenants after the owner of the place died in a fire – he noticed how the place was slowly being reclaimed by the nature. 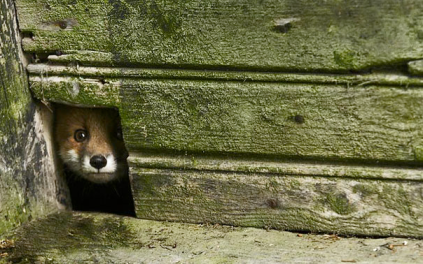